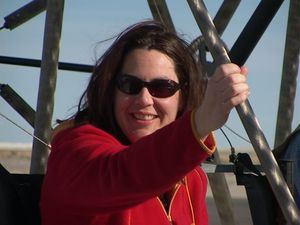 Jacqueline Sheridan  has been involved in the production of a number of television, museum and web based programs for over 15 years. She has worked with Rick Beyer on a number of projects, including A Wired World, Secrets of Jamestown, Godspeed to Jamestown, and Meet the Royals. She loves working on film projects that have anything to do with history.  In the case of The Ghost Army, she feels personally connected and grateful to the American soldiers who liberated Europe - her parents & family members were under occupation in France at the time.

"It was such an enormous pleasure to meet and spend time with these veterans, and have the opportunity to be a part of this film.   Thanks to all involved.”