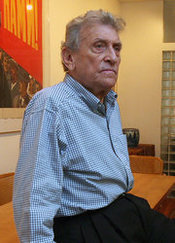 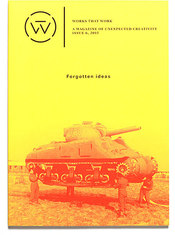 Steven Heller included The Ghost Army of World War II in a round-up of visual books on May 31, 2015.

"An unusual history describes how the age-old skills of painting, drawing and making things helped win World War II, highlighting one surprising way art and artists have proved their value during times of crisis." 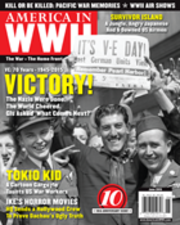 Review of The Ghost Army of World War II by Allyson Patton in June 2015 issue.

Q&A with Elizabeth Sayles on themorningnews.com
Q&A with Liz Sayles

99% Invisible Podcast: A SHow of Force

The Military That Was Only for Show

San Francisco Chronicle writer David Wiegand's review of THE GHOST ARMY was syndicated across the country, seen hear in the Miami Herald.
Read the Review

TV Guide critic Matt Roush picked The Ghost Army as the "top pick" for the night it was on, and pulled no punches in his enthusiastic endorsement of the film.
Read the TV Guide item

A Wall Street Journal review by  Dorothy Rabinowitz...you have to scroll past the Mel Brooks review
Read the Journal article

The Inflatable Tanks that Fooled Hitler

Pulling Back the Curtain

Imprint of a Phantom Army

Blass from the Past

The Ultimate in Performance Art

"What sets The Ghost Army apart ... is the care, attention to detail,
and precise accounting of history which Beyer lavished on it."
Review by Ted Faraone 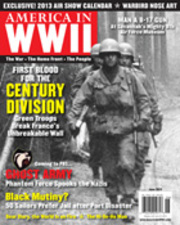 Attack of the Ghost Army

An article I wrote for the May 2013 issue of America in WWII magazine about the film. They did a great job with photos and layout, and prominently promoting the PBS broadcast.

PBS to Air Ghost Army in May

The first of two segments devoted to The Ghost Army that appeared on WCVB TV's "Chronicle" Program in December 2012. Each segment starts with a clip, and then a short interview with filmmaker Rick Beyer.
Chronicle Segment One: Masters of Deception

The second of two segments devoted to The Ghost Army that appeared on WCVB TV's "Chronicle" Program in December 2012. Each segment starts with a clip, and then a short interview with filmmaker Rick Beyer.
Chronicle Segment Two:  Looking for the Enemy

Artists of Deception: Fooling the Enemy During WWII

A WBUR Radio story by Andrea Shea about the film and the unit that aired on June 6, 2012

A March, 2012, article by Ghost Army filmmaker about the contributions of Fred Fox, Princeton '39, to the Ghost Army
Princeton Alumni Magazine 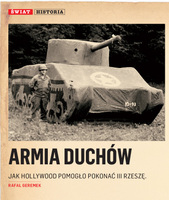 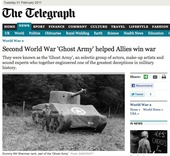 This little-known unit's knack for deception was crucial to Allied success in World War Two.

Military Officer Magazine--use the interface to go to page 58

An article about a special screening of the rough cut held at the Milwaukee VA hospital in honor of Ghost Army veteran Al Albrecht, who is hospitalized there battling cancer.
Milwaukee Sentinel Journal