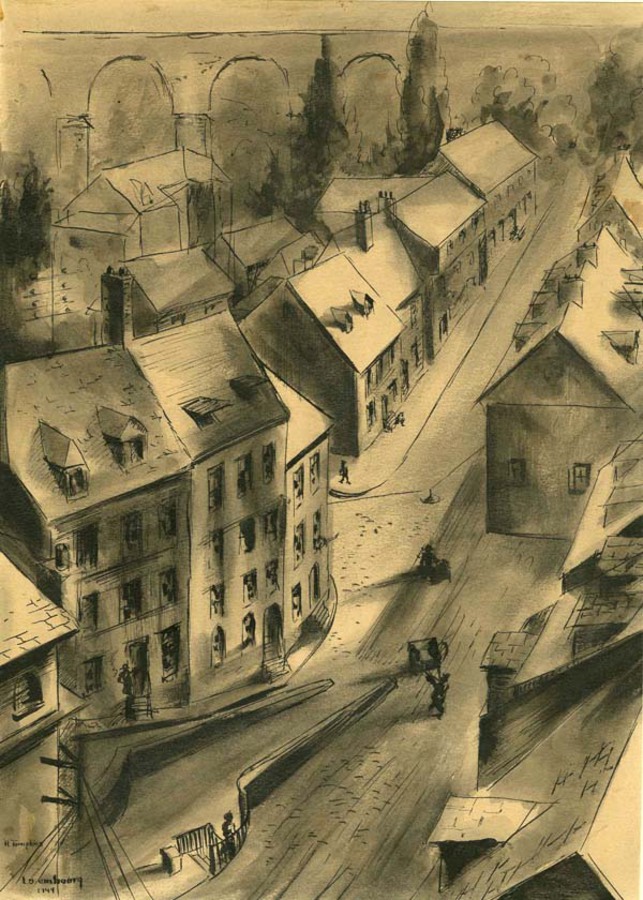 Bob Tompkins' pencil sketch of a part of Luxembourg City that the soldiers referred to as "The Gulch.". Tompkins, along with many others in the 603rd Camouflage Engineers, spent several months living in a seminary in the city.  They would go out in the field for several days or a week to conduct deceptions or take part in other operations,  then return to the relative luxury of the seminary.