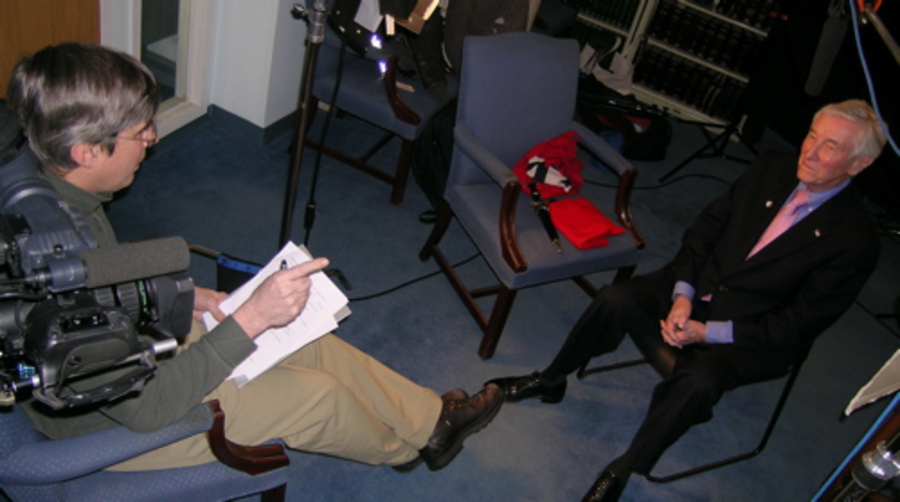 Rick Beyer interviews Jack McGlynn, who served in the 3132 Signal Company, the unit that handled sonic deception Jack was one of the cadre of men who went down to Fort Knox in early 1944 to record the sounds that were used in the sonic deception efforts.  He later became mayor of Medford, MA.  2007.