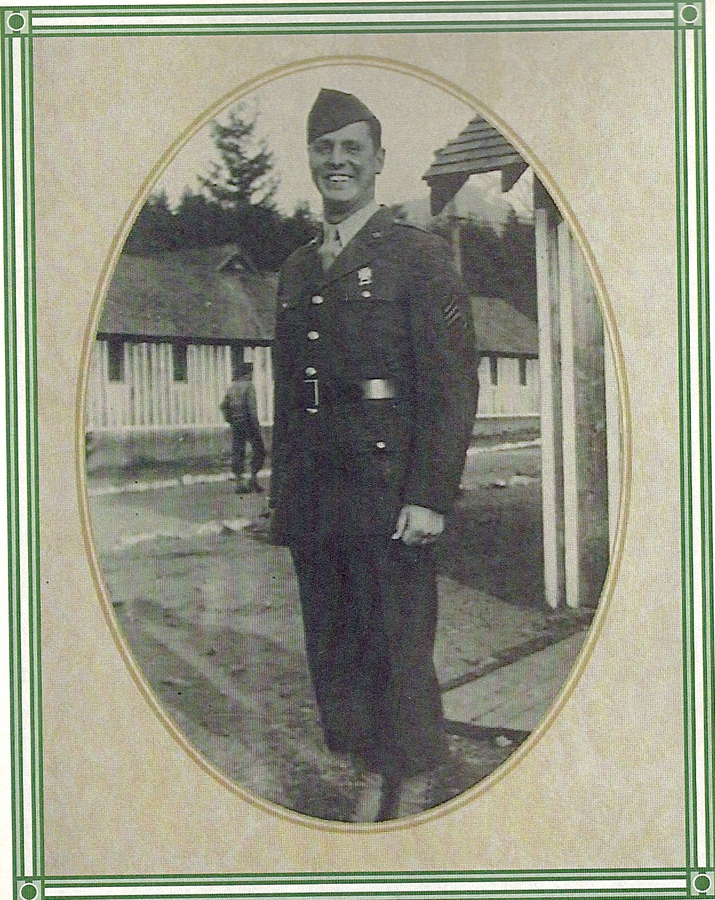 M. Sgt. Forrest Lewis joined the Army in 1942 and was originally assigned to maintain barrage balloons around the Bremerton, WA. naval shipyards.  After the defeat of the Japanese at Midway he was reassigned.  He volunteered to join the 23rd HQ Co. Special Troops at Camp Forest, TN like many of the others.  He traveled with them to England and land in France on June 23, 1944 with the bulk of the unit.  He served in Brittany, Northern France, Luxembourg and Germany as did most of the troops in the unit.  He was not an artist nor electronic technician but served with Headquarters Company within the unit.