back to previous gallery » 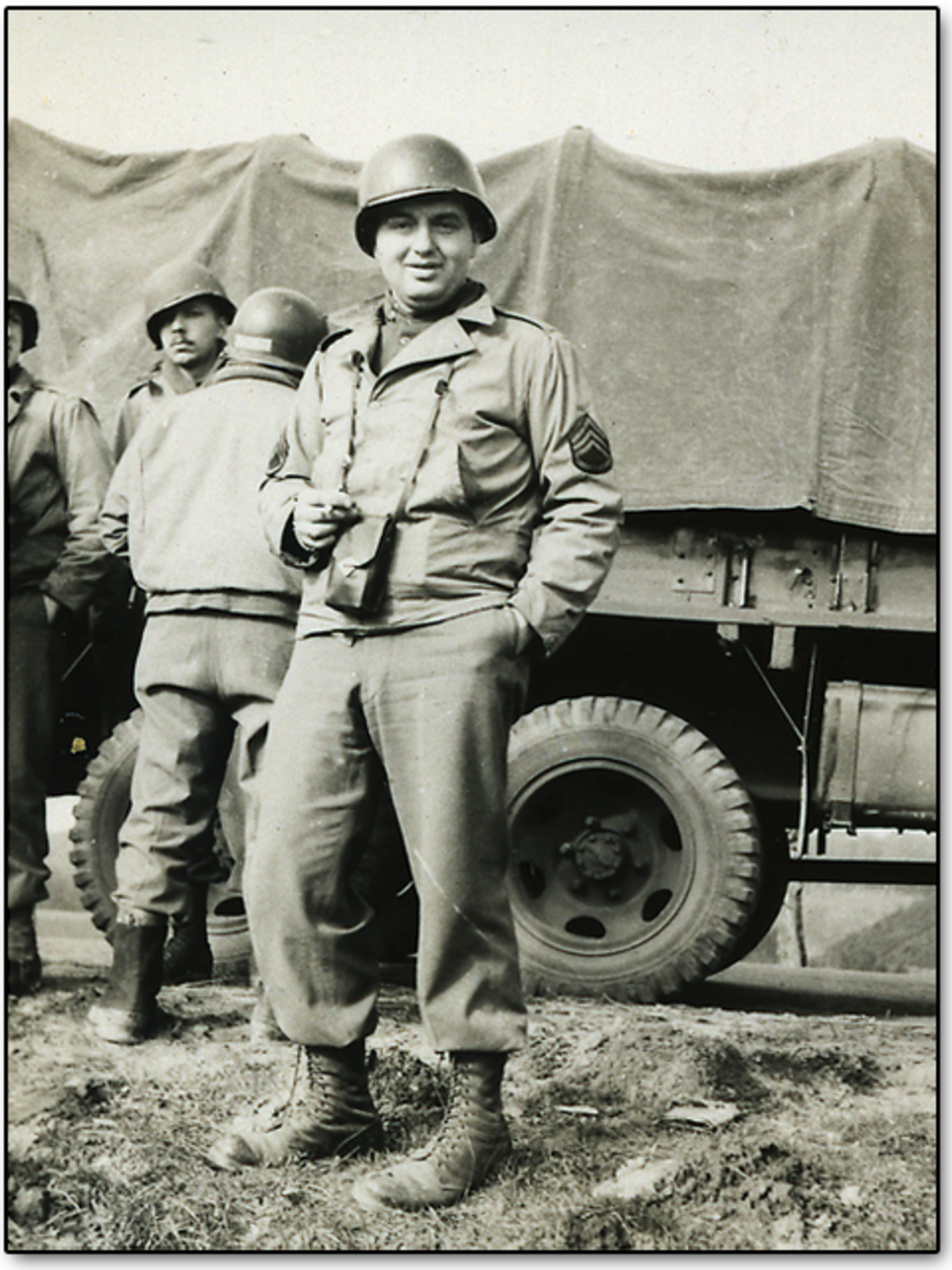 Irving McKane Nussbaum "Mickey" was in the 23rd HQ Special Troops, 603rd Engineer Camouflage Battalion. He enlisted while at the Pratt Institute in NY and was relocated initially to Walton Hall in Stratford-Upon-Avon, then to Luxembourg. He held the rank of Battalion Personnel Sgr. Major.

Though he often recounted stories of his tour of duty, he rarely went into great detail. Many of his memories included times of wonderful camaraderie, humor and always with a great sense of pride. He remained close to several of his Army friends. Though many names have now slipped our minds, the late Walter Kinkle often visited us in New Hampshire. In addition, Bill Blass was best man in his wedding.

Mickey finished his education upon his return, including a Masters in Art at Columbia University. Mickey married Priscilla Mills (still living) who was also attending Columbia. Mickey and Priscilla moved to New Hampshire and bought a gift shop/mail order business, The Stagecoach, and grew a successful business until the late 70's - together they raised 3 sons - Mickey passed away in 1992.

Mickey would have been extremely proud to know that the story of the "Ghost Army" would be told in such a rich manner.