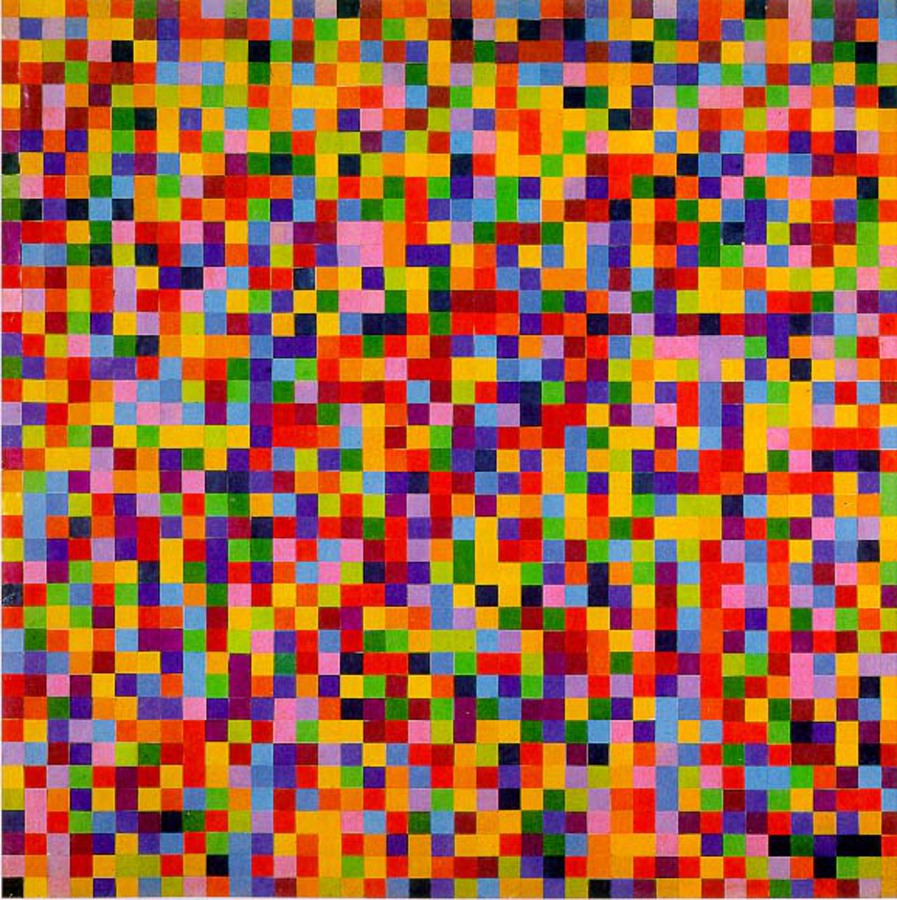 Influenced by the camouflage patterns he had seen during the war, Ellsworth Kelly returned to the United States after completing his artistic education in Europe. "Spectrum Colors Arranged by Chance VII" (above) shows some of this influence. Kelly is considered an important innovator for the Minimalist art movement.