One Night in Luxembourg 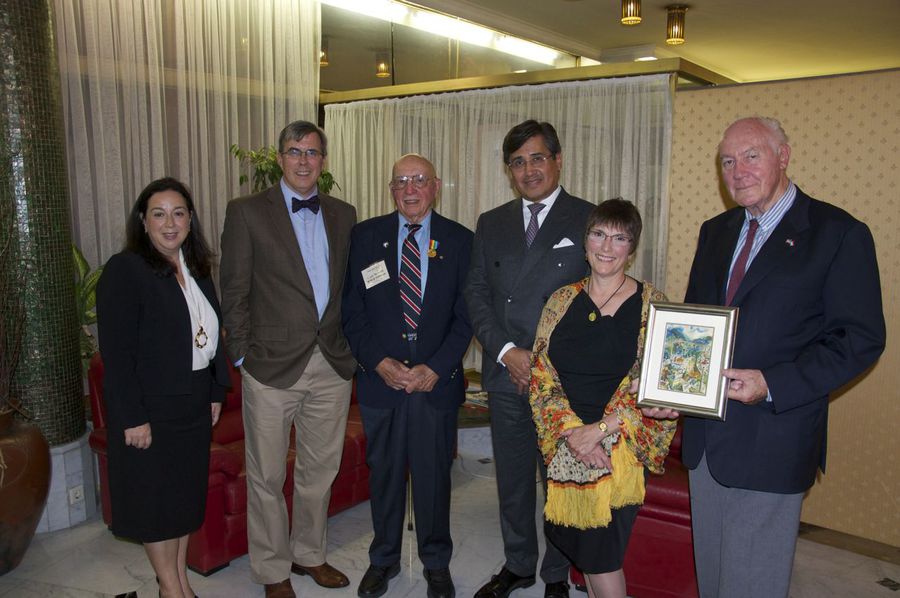 We were honored to have Guy de Muyser, former Marshall to the Grand Court, speak to our group about his harrowing experiences as a teenager caught up in the war. Mexico's Ambassador to Belgium and Luxembourg, Juan Camacho, along with his wife Allesandra, also joined us for a fascinating evening.  (Ambassador Camacho has been working with Marilyn Rea Beyer and Perkins School for the Blind to seek international ratification of a new treaty Facilitate Access to Published Works for Persons Who Are Blind, Visually Impaired or Otherwise Print Disabled)