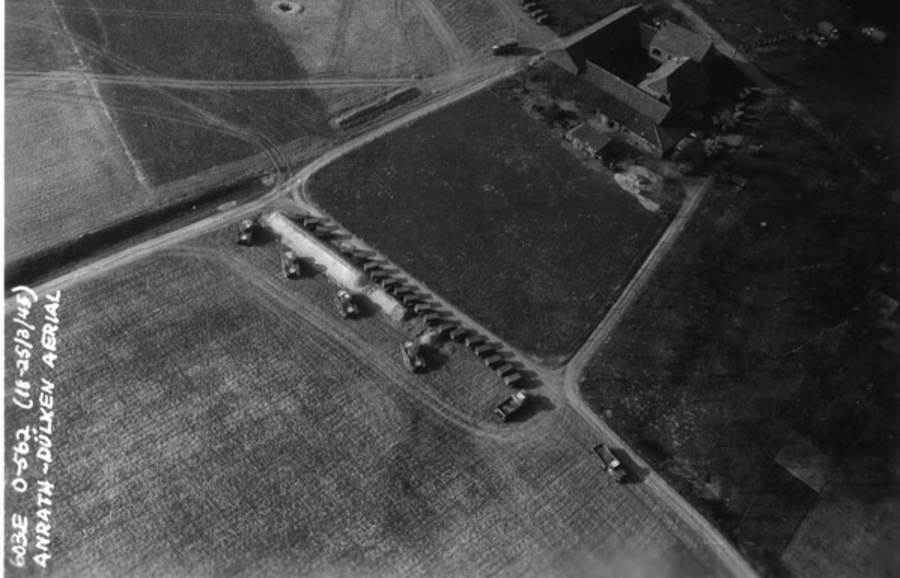 Aerial photograph of 23rd Headquarters Special Troops' dummies lined up in the Anrath-Dulken area as part of Operation Viersen in March of 1945. Note the fake tank tracks that have been scored in the fields.  These were sometimes made by halftracks and sometimes by real tanks temporarily attached to the 23rd.