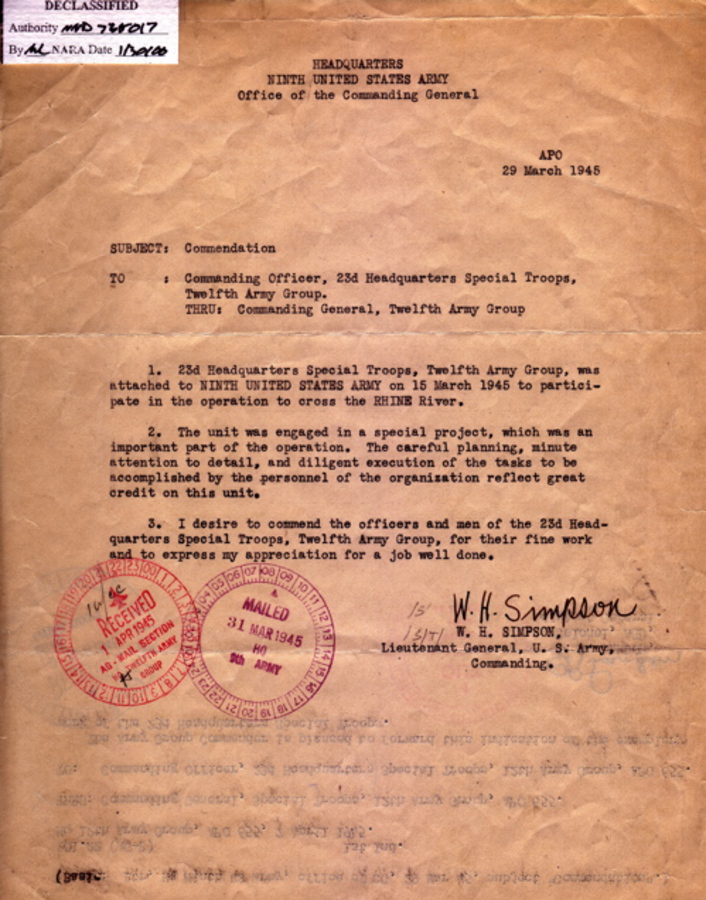 A letter of Commendation to the Ghost Army from General William Simpson, Commander of the US 9th Army, thanking the unit for it's part in the Rhine river crossing in March of 1945.  It is worded with great care:  "The unit was engaged in a special project, which was an important part of the operation." Nowhere does it breathe a word about deception.

Make a tax deductible donation to support the film.