A few of the boys 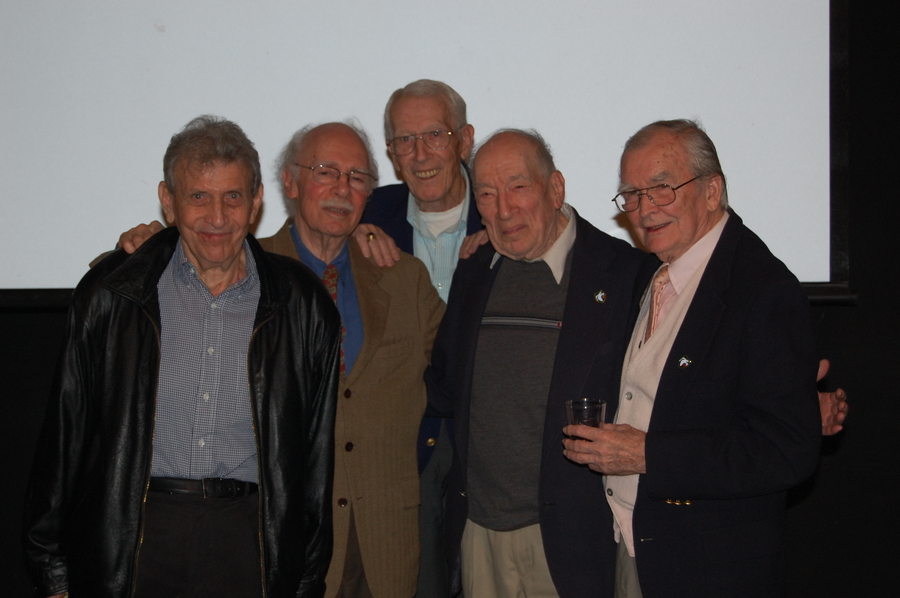 Five of the seven Ghost Army veterans who appeared at the October 2008 screening of the rough cut in Manhattan.  From left to right, Jack Masey, Ned Harris, Tom Roche, Bill Sayles, and John Jarvie.  Tom was in the 3132 Signal Company Special , which did the sonic deception.  The rest were in the 603rd Camouflage Engineers.