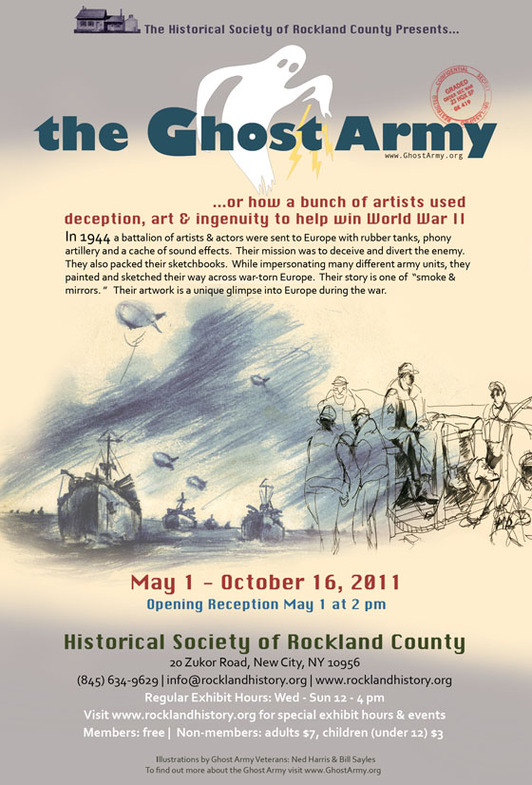 The new Ghost Army exhibit, co-curated by Liz Sayles and I, opened on Sunday May 2, at the Historical Society of Rockland County in New City, NY.

Photos from the Exhibit Opening

The Historical Society of Rockland County purchased several inflatale tanks (from China!) to put outside the exibit. Three Ghost Army veterans helped inflated one of them at the exibit opening. Co-curator Liz Sayles and her team also hand-made a replica of a dummy, seen below.

During the war Ned Harris carried his art around in a German grenade case, and that's where it is at the exhibit as well!