First Ever Ghost Army Historical Marker Going Up in Luxembourg 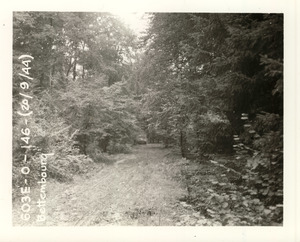 An inflatable tank barely visible in the words during Operation Bettembourg, September 1944

The Ghost Army Legacy Project has announced that the first ever Ghost Army historical marker will be dedicated September 26 in Bettembourg, Luxembourg. The marker will stand on the exact spot where the 23rd Headquarters Special Troops carried out Operation BETTEMBOURG, one of their longest and most important operations.

The Ghost Army Legacy Project is erecting the marker with the help of grants from the US Embassy in Luxembourg and the PSYOP Regimental Association, as well as the assistance of the Commune of Bettembourg.

“We are grateful for the support of these organizations,” said Rick Beyer, President of the Ghost Army Legacy Project, “for enthusiastically stepping forward to help preserve the legacy of this remarkable unit. “

The historical marker was designed by Paul Singer, whose father, Arthur Singer, was one of the soldiers in the Ghost Army. It commemorates a mission carried out in September 1944. For more than a week, the 23rd helped defend a dangerously undermanned section of the Third Army’s front line, stretching more than twenty miles. Ghost Army Operations Officer Col. Clifford Simenson considered it a turning point for the unit: “It was our first operation that was executed fully professionally and correctly.”

More information on the dedication ceremony will be made available closer to the event.