Led by Captain George Rebh (center), who later became a major-general, the 406th was an engineer combat company that provided perimeter security for the Ghost Army. Staffed with 168 officers and men, it also executed construction and demolition tasks including digging tank and artillery positions. The men of he 406th used their bulldozers to create simulated tank tracks as part of the visual deception. 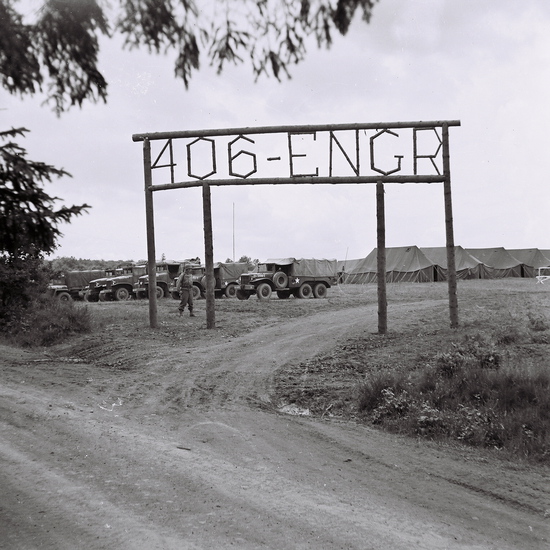 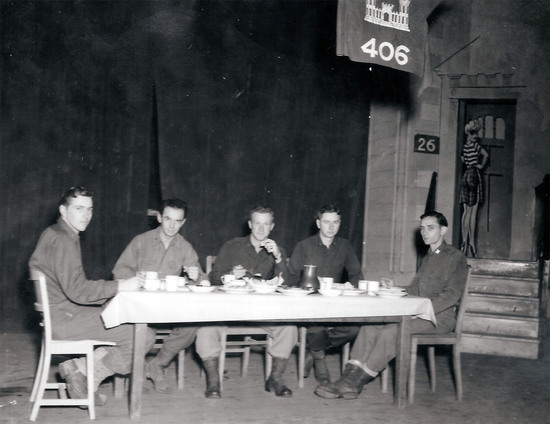 Another picture of the officers of the 406th, gathered on the stage of the BLARNEY theater at the seminary in Luxembourg, November 1944.